About Dr. Joanna DeLeo, DO 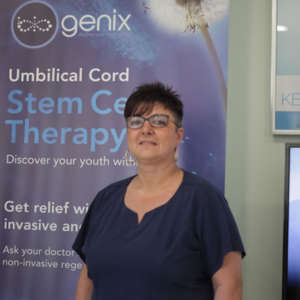 Dr. DeLeo has been a medical director for BioGenix Stem Cells and Exosomes for 2 years. BioGenix corporate center is located in Houston, Texas and the laboratory in San Diego, CA. http://www.biogenix.com . BioGenix is one of the worlds largest stem cell and exosome providers. Prominent throughout the United States and in over a dozen different countries. BioGenix has been chosen as the only stem cell and exosome provider for the Federal Government, the Department of Defense, 157 Veterans Administration hospitals and the active military. Dr. DeLeo routinely trains doctors throughout the United States on stem cell and exosome injection techniques, protocols and research. Dr. DeLeo is one of the worlds leading authorities regarding regenerative medicine, stem cell therapy and exosome therapy. Dr. DeLeo has been involved in the total training of the nations top stem cell therapy physicians. Dr. DeLeo has also been involved instructing the Federal Government regarding stem cell therapy at the Strategic Acquisition Center in Orlando, Florida. Dr. DeLeo has an additional medical practice in Harrisburg, PA and is also employed by the Federal Government. 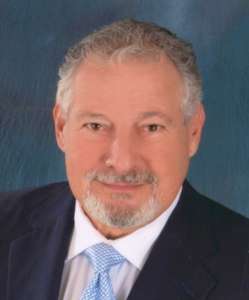 Dr. Goldstein graduated Shaker Heights High School in 1959, attended Case-Western Reserve University (AB ’63), Ohio State University College of Medicine (MD, ’68), trained in Internal Medicine at the University of Florida and served in the USAF as a flight surgeon. He went on to become one of the most influential health care policy makers in the state of New Jersey serving as New Jersey Commissioner of Health (1983-1986) under Gov. Tom Kean. Later, he served as president and chief executive officer for the New Jersey Council of Teaching Hospitals (NJCTH), a consortium of seven major academic medical centers in New Jersey.

Dr. Goldstein has been involved in healthcare since graduation from medical school in 1968. His activities cover the entire spectrum of health care. He has participated as a physician, a health planner, a health care architect, a government regulator, as vice-chairman of a for-profit multi-faceted health care company, and as a health-care management consultant. He is an expert on long- range strategic planning, facility master planning, pre-architectural space programming, operational analysis including revenue cycle, supply chain, patient safety, information technology including EMRs, telemedicine, e-commerce, quality indicators, disease management, branding and customer satisfaction. The substantial breath and volume of consulting work he developed for two national management consulting firms (Chi Systems and Superior Consultant) attest to his outstanding communication and facilitation skills.

Dr. Goldstein practiced ambulatory, emergency and aerospace medicine for six years. He also attended Harvard’s Graduate School of Design (March, ’75) earning a Master’s degree, and as an adjunct professor at Columbia University, Graduate School of Architecture and Planning. He is a co-author of the textbook Hospital Special Care Facilities and has presented numerous papers at state, national, and international conferences.

Dr. Goldstein has held leadership positions in the public sector and has participated in the development of national health policy issues and was a member of the Policy & Planning Committee of the Association of American Medical Schools (AAMC). He testified frequently at NJ legislative hearings and was responsible for successfully overseeing the passage of many legislative initiatives including the expansion of Family Care and substantial new state funding for graduate medical education. He also chaired the New Jersey Health Care Facilities Authority, served as a board member of UMDNJ, as a member of the Bioethics Commission and the Medical Care Availability Task Force (a medical malpractice forum).

In 2016 he returned to clinical medicine specializing in anti-aging and regenerative medic after taking courses and becoming certified in Platelet Rich Plasma, Bio-identical Hormones, Botox, and Coolsculpting. He practices in Old Bridge and Colts Neck, NJ. He has many Google reviews (all 5 star) and was elected Top Doc by the Real Self web site for his work.

Dr. Aditi Menon, MD is Board Certified in Physical Medicine and Rehabilitation and specializes in musculoskeletal, pain and sports medicine.